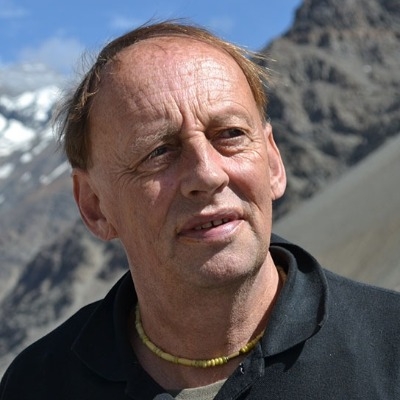 In 1995, he studied at what was then known as the ‘London College of Printing’ in London and was awarded a Post Graduate Diploma in photojournalism.

"As a kid I'd always wanted to travel but it wasn't until my mid-twenties that I decided to do something about it. At the time I was a young actor and director in England, going nowhere, and trying to get my first big break in television or films.

“So I just left everything and decided to go on a year-long trip to America eventually hitch hiking my way through the country. To survive the dangers of hitch hiking you need to be independent and objective. What the trip taught me most though was how much I enjoyed isolation and the chances it allowed me to observe. It is these qualities that I believe are essential for a photojournalist.

“Although I rarely turn down assignments what I really like to do is to find my own story ideas and get them commissioned. I specialize in finding original material, on subjects or places that have not been recorded before, or at least not from the angle that I am presenting them from.

“This brings me on to what I feel is another prerequisite of good photojournalism. People need to trust you, and you must, where ever possible, have feedback with them after the story has been published.

"So what makes a good story? For me, in essence, it is a conflict. Whether it be between people, between man and his environment or between wildlife and humans, or all of them, which is often the case.

“For this reason my work focuses on the environment, wildlife, travel, culture and human interests.

"I often produce word and picture stories as a complete package which is unusual for a photojournalist who normally only provides the images for a story. I am not a 'control freak' but as these stories are normally my own……documenting in both mediums allows me to pull all the disparate themes of the story together, very much as if I were directing a film. Here my Degree in Drama is a god send."

My articles and photographs have been published in the following UK publications: the Guardian, the Independent on Sunday, the Daily Express, the Evening Standard, the Observer, Focus Magazine, Geographical Magazine, Travel Africa Magazine, BBC Wildlife, the New Statesman as well as numerous publications worldwide.

For some examples of his published work go to: ARTICLES